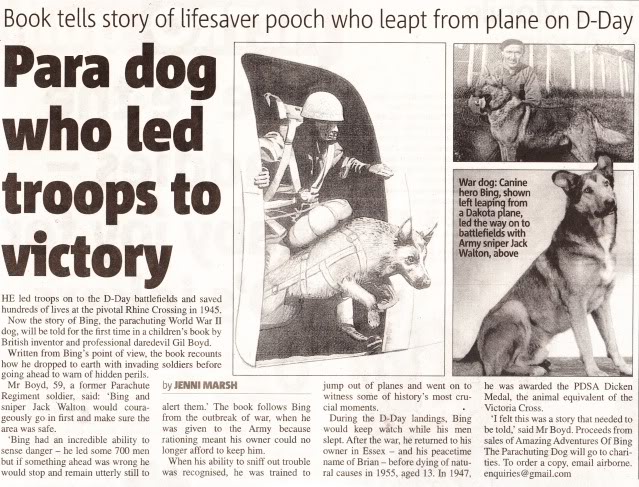 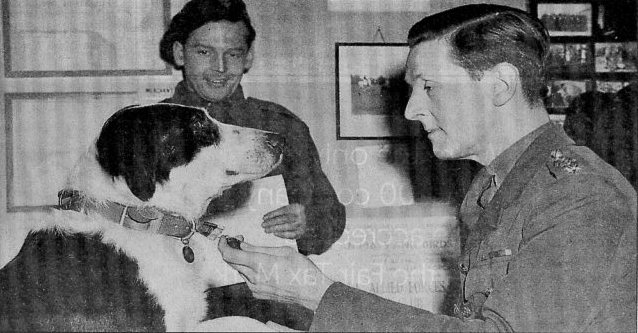 Shropshire war dog "Rob" receives the Dickin Medal - the animals Victoria Cross - from a human VC holder, Major William Sidney, the MP for Chelsea, at a ceremony in London on February 8 1945.   Rob a cross bred collie dog, had made over 20 parachute jumps while on secret war work and took part in the North African landing.   Rob was a two year old black and white collie from Kenwick Park, near Ellesmere.   He died in 1952.   There is a modern claim that Rob's exploits were deliberately greatly exaggerated by the SAS to make him appear indispensable when his owners asked for him back